Another crazy week here in Coustouge! We ended last week with a slap up meal at Mont Tauch and a visit to a cathar castle in Tuchan, Aguilar, on a very windy day.

We started this week with several jobs that needed finishing, the driveway and the windows. The driveway was easily done by hiring a compressor with which the boys did a grand job and we now are able to park and drive out with absolute ease. It has been the admiration of many of our neighbours!!

Which left Chris and I on the windows. The glass arrived on Monday and we were able to get 2 into the kitchen on Tuesday. However the 3 biggies upstairs were a lot more work. That plus us being interrupted a lot made for slow progress. But that is all in the past as they are all in now and for the first time since January we are closed off from the elements!! The windows look superb, when you walk through the front door you can see straight down the hallway and see a lovely view of hills and greenery. Excellent, enfin!

We have had more visitors this week. Garth and Meliana came by on Tuesday as Garth is working on a table and needed Chris’ help and to use some of his tools. Seeming as we have commandeered his cement mixer for such a long time it was good to be able to return a favour. Gary has come back for another visit for a long weekend. It can’t be all that bad here as our guests all seem to come back!!

Yesterday was one of those crazy days where we worked like mad to get everything accomplished. Chris and I fitted the last 2 windows in the living room, which went in a lot easier than the one in the bedroom, which was a pig. Gary cleaned up all the excess silicone, whilst the boys put in the draft proofing. By lunch time we were done and were ready to go get the straw bales from Pierre Segu, the guy I mentioned before who is building a straw bale house and has extra bales that he is selling to us for a good price.

So off we all set with van, trailer and car to load up with bales. Pierre’s place has come on lots since we were last there and is absolutely stunning, I am almost jealous as he is doing what we wanted to do but couldn’t afford to do! Anyhow loading the bales was a challenge as we had to free them from the cover that they had been under for 2 years. Many of the strings that held them together had been gnawed through by the mice, as although they do not eat the straw they find it funny to bite through the string!! It took 2 journeys to get the 100+ bales that we needed and 3 hours, it was a lovely hot day so that was OK. When we got back we decided to not wait to build but to do it straight away as it made more sense then trying to find somewhere to store the bales.

Straw bales for construction are much smaller than farming bales at 75 x 35 x 45 so are fairly easy to manhandle, although after 100 they become very heavy!! They are also much tighter packed, which is why they are not a fire hazard. Pierre explained that most problems that occur with straw bale building are usually during the construction stage where there is loose straw lying about and somebody stupidly lights a ciggie. So we are a strict no-smoking zone here from now on!

The bales went up and in relatively easily, we stood them on their sides in between the wooden pillars and Chris carved them into shape with the chain saw. We sprinkled lime powder in between each layer as this prevents rodents and other pests from nesting in the bales. It was exhausting work but between the 5 of us we managed to build the wall in 2 hours, less time than it took to get the bales here! At the end we all looked like we were related to Worzle Gummage, Chris’ asthma wasn’t too clever and I am covered in scratches and a red marks, ouch!

We will finish the wall properly at a later date, we need to pack all the gaps very tightly with straw and then once we have run all of the electric cables and plumbing tubes we can fill the remaining 20 cm gap at the top and cover the bales with an earth render. But for now they are in and up and it looks great.

As part of the Swedish boys French education we watched Jean de Florette (a French cinema classic) the other day. I have seen this film many, many times but never have I felt such an affinity with Depardieu’s character as I do now! Chris and I have over worked ourselves to point of exhaustion. So tomorrow we must check the radiators and providing that there are no leaks we are heading to the coast where we will drop the boys for a week of camping whilst Gary, Chris and I spend an evening in Banyuls. Then we aim to have a quiet week to ourselves to recharge our batteries and get on with some client work. Although who knows whether we will be able or not!

Last week Chris and I, well mainly Chris to be honest, worked on the door liners ...

Another Year, Another Rire

Finally I get a chance to write this blog and wish you all a very Happy New ... 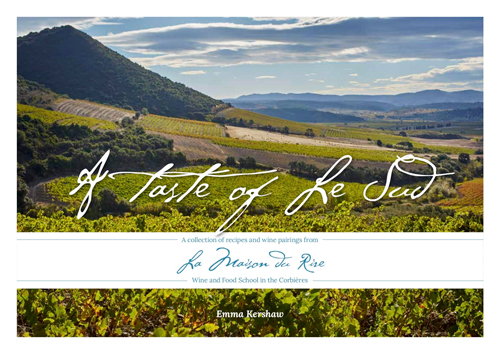